Reefersdirect is reader-supported. When you purchase through our links, we may earn an affiliate commission. Learn more 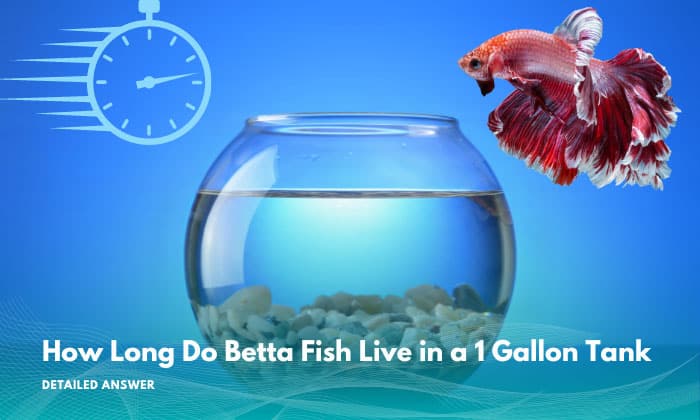 Do you know that tank sizes severely affect betta fish’s life? Therefore, discovering “how long do betta fish live in a 1 gallon tank” or in other tank sizes is a must if you want to take better care of your pet fish.

Betta fish can only live for a year or less if raised in a 1-gallon aquarium. It’s a pretty short lifespan compared to regular betta fish nurtured in captivity; so, I wouldn’t suggest you treat your pets this way.

How Long Does a Betta Fish Live for in a 1 Gallon Aquarium? 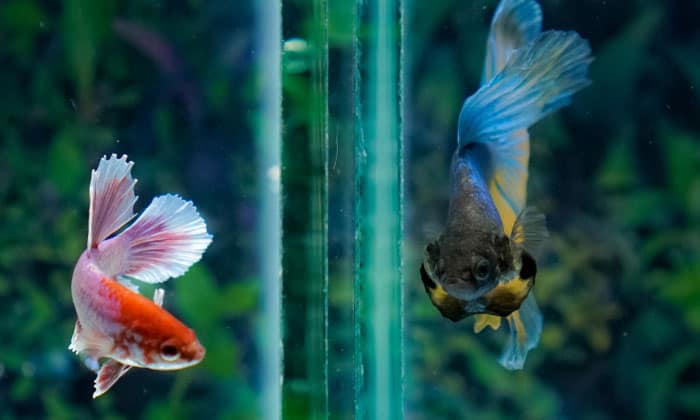 When raised in such a small tank, betta fish can only live for a year. It’s because 1 gallon betta fish tank is not a suitable living condition for these species in the first place.

Even though they appear to be normal at first, this is not optimal in the long run.

You may have noticed that some fish retailers often keep their bettas in little cups. However, this practice is because bettas are less profitable than the other species, not because it’s good for them.

Therefore, bettas are 100% not the ideal 1-gallon tank pets and I suggest you try other aquatic species instead, such as snails or shrimps.

General Betta Fish Life Expectancy and Things You Should Notice 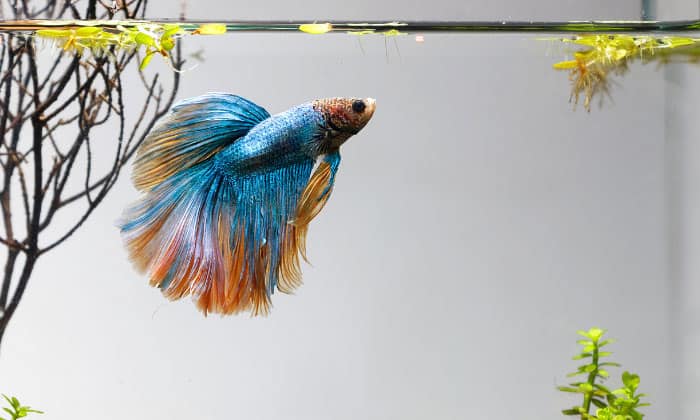 Let’s get straight to the main point! The average life span of a beta fish is around 3 to 5 years, on the condition that their living habitats are up to standards:

Other fun facts about these fish are that the longest living betta fish lived for 10 years and male betta fish live a bit shorter than the female (about a few months only). 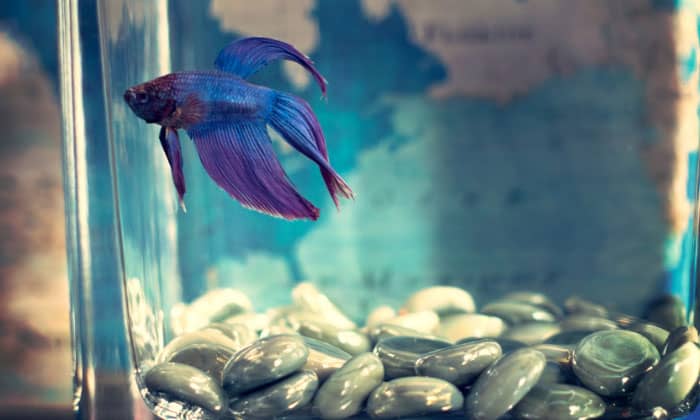 What is the smallest tank size that fits a betta?

Although you may see some people stating that 1.5-gallon tank and 2.5 gallon tanks are okay, I highly suggest you avoid the less-than-5 gallon aquariums if you want your bettas to live happily.

Can my betta survive in a 2 gallon tank?

Yes, but not recommended. Any tanks which are smaller than the 2.5-gallon ones can lead to various health issues for your fish. Yet, in case you have absolutely no space for a bigger tank, consider raising long-finned bettas instead.

Unlike short-finned bettas, long-finned variants sustain better in a smaller living area. All you should do to support their lives here is to change the tank water weekly. How convenient!

Is a 3 gallon aquarium small for bettas?

Yes, it is. Even if they can still survive there, I’m absolutely not a fan of this idea. Instead, you should opt for a larger tank for them.

What gallon aquarium does a betta fish need?

Definitely not the one gallon aquarium! To me, a 5 or 10 gallon tank is the minimum size for bettas.

However, if you have various decorations, toys, or filtration systems in the tank, you should go for a bigger aquarium. As these accessories can take up quite a lot of space, even a 5-gallon tank can become too small.

The answer is a firm yes. It not only helps them to have better health; but also avoid your betta being aggressive with the other members in the aquarium.

As you have already known “how long do betta fish live in a 1 gallon tank”, I hope that you will invest and create an optimal living area for them. Who doesn’t want to see their fish happy and healthy, right?

If you have to keep betta fish in small tanks, try to place a few small plants in there to absorb the nitrate, which is a chemical that can kill the fish. Refrain from changing the water too frequently to avoid stressing the betta out. You can only change at most 15% of water per week.